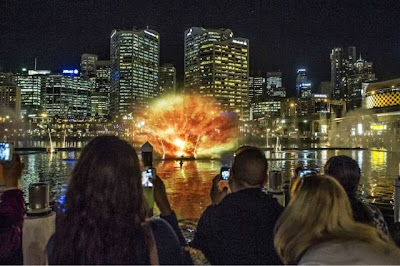 Vivid Sydney is back, with bigger and brighter displays courtesy of some of the world’s best thinkers, artists and musicians.

Its roof looks like a wonderous broken eggshell, but when the ‘sails’ of this Sydney icon are lit up like a peacock then jaws literally drop. The Opera House sails feature a stunning arrangement of 3D-mapping projections, designed by award winning international artists with 59 different productions that take the iconic building on a dramatic journey.

2. The Museum of Contemporary Art

On the other side of the ferry terminals is another dazzling light show. This time it’s a vibrant storyboard on the sandstone façade of the Museum of Contemporary Art. Another edifice  with fantasy lighting well worth the short stroll is the heritage landmark, Customs House. 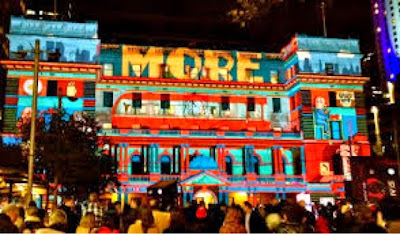 You are going to be hypnotised by a shimmering light display across the Sydney Harbour Bridge, by flashing ferries, and more than 50 light installations along the Vivid Light Walk. 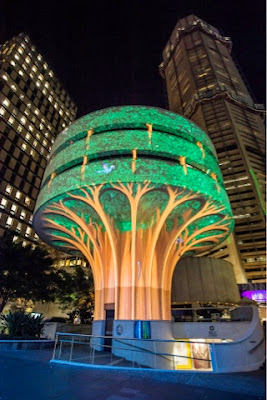 Haven’t got enough of the lights yet? Then head to Martin Place. This car-free thoroughfare will feature a number of giant kaleidoscopic light installations that will transform it into a psychedelic gallery of light. With e|MERGEnce, a webcam which maps your face and all its expressions onto a three-dimensional, 1.6 metre sculptured head. Is it a real tree or just an apparition?

Meanwhile, the Sydney Opera House smash-hit could well be Timeline, a special collaboration between the Australian Chamber Orchestra and electro-pop duo The Presets. They plan to present the history of music in just two hours. 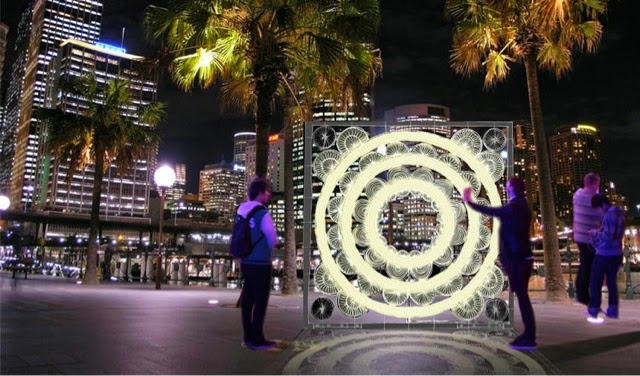 The headline music act though is the electronic pop legends, Pet Shop Boys. Expect a spectacular multi-media production in intimate surrounds. It will be their only Australian performance on their Electric World Tour. 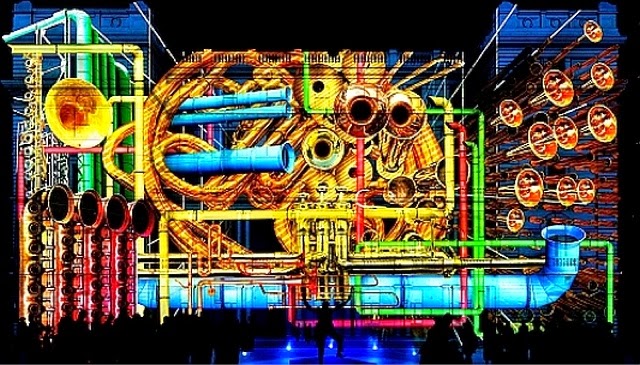 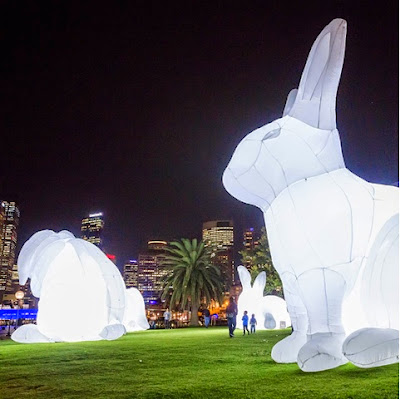 Need a brain upgrade? Then head to The Vivid Ideas Exchange on the sixth floor of the Museum of Contemporary Art (MCA) Australia. This is the place to connect with some of the world’s best creative minds at more than 100 events during the Vivid Ideas Exchange. The program spans across all industries, connecting fields from digital media and design to architecture, animation, fashion to film-making and beyond.

10. Play Me at Customs House 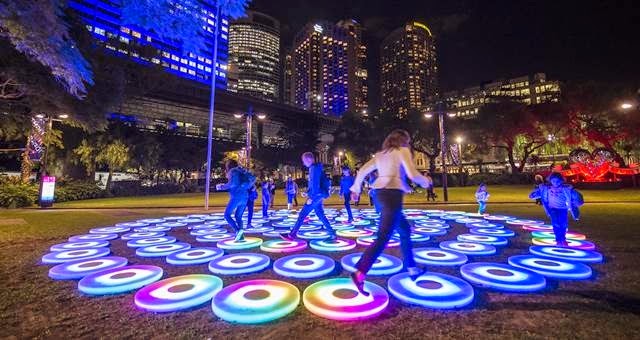 The grand, heritage exterior of Customs House at Circular Quay becomes a unique plaything for Vivid fans who want to have some fun with a world first interactive building projection. The facade becomes a series of gigantic musical instruments which you can play in realtime. Just pick your favourite image from a touchscreen, wave your hands and watch in awe as a fantastical instrument comes to life in front of you!

Vivid really mesmerised me and the thousands of people that came to enjoy this free public exhibition of outdoor lighting sculpts and installations in some of Sydney’s iconic architecture. I can’t wait for next year!